dating a shy girl Packet pickup was at the local Road Runner Sports and was super quick. The shirt was a red hoodie with race logo, so soft and comfy. I am very glad they gave us hoodies instead of shirts. The bibs were cute and said lovers since we registered together with a spot to write your ‘better half’ on them. They offered a nice discount if you were shopping too.

Race day was so COLD! But seriously it was below freezing. They had a local coffee roaster in the finish festival that was offering samples so of course I had some before to warm up. Their warming tent which also served as their food station was so nice. I am very glad they had it!

Due to an earlier storm they had to alter the course a bit, which was actually easier for the 10k and 5k not so much for the Half Marathon. We ran the same loop twice and even though it was narrow at times I did not mind it. We ran a nice and even pace even with the few pinch spots. The one thing that did bug us was the 5k walkers. We lapped them at an inconvenient time.

The tunnel of love aid station was hilarious. It was a nice aid station that had both Nuun and water. I ran my goal which was sub 1-hour. After we finished we got a sweet light up medal and hot soup. Note for race directors- every cold race should come with a hot cup of soup.

There are a few things I wish they changed but they are unavoidable. Parking in the park was not an option due to a course change as was the narrowed course. Overall, I enjoyed this race and can’t wait to run it next year! 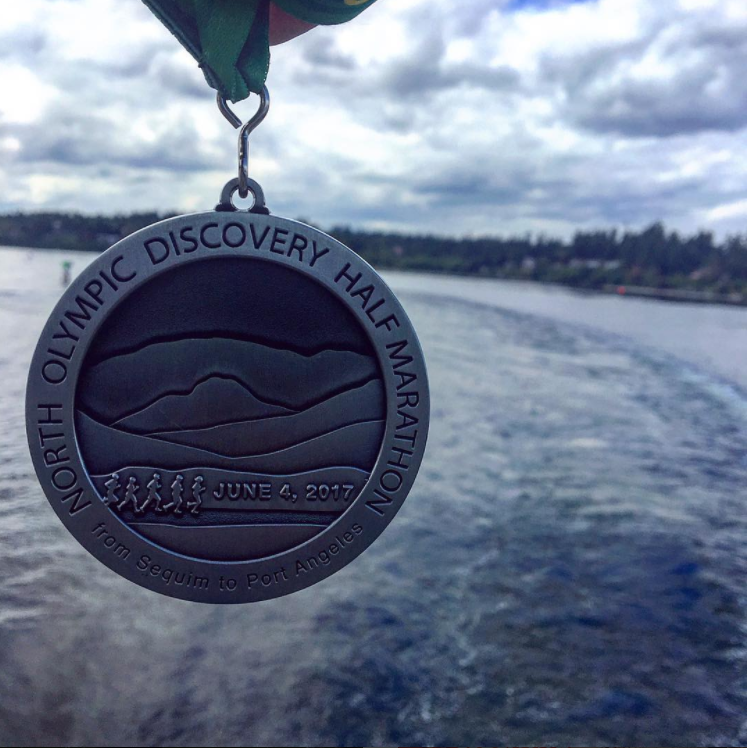