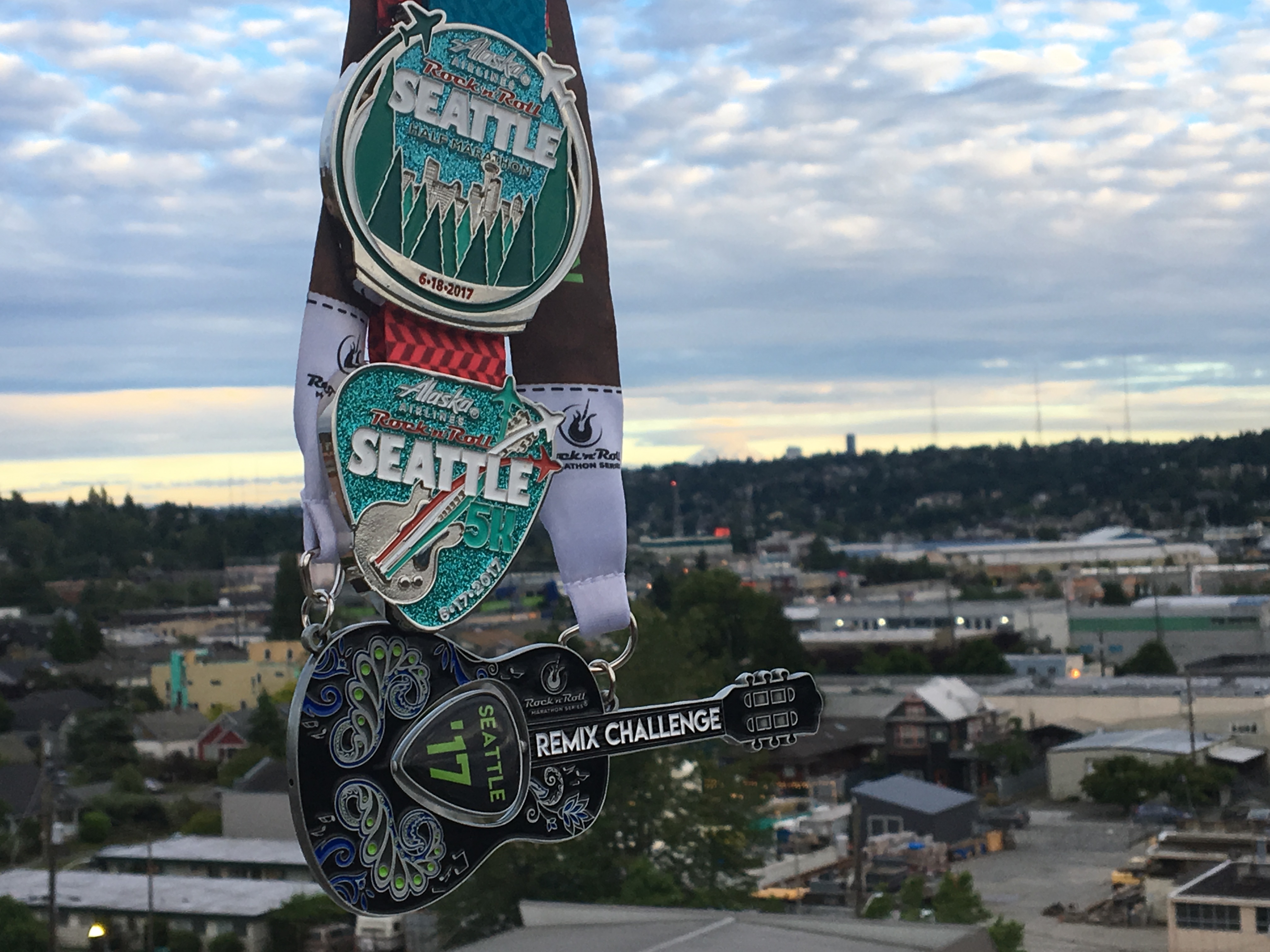 buy gabapentin overnight delivery Disclaimer: I received a free entry to Rock N Roll Seattle Half Marathon as part of being a BibRave Pro. Learn more about becoming a BibRave Pro (ambassador), and check out BibRave.com to review find and write race reviews!

buy modafinil online uk paypal I’m going to be honest- this is a local race for me so I might be a bit more bias than most. I am very happy I trained on most of the race course this year so I had some idea of what to expect when it came to the course and the hills.

http://hkbookkeeping.com/about-us/ Expo:
I left work a bit early and arrived at the expo around 5:30pm. There was Warped Tour going on so the normal walk from the International District took much longer than normal. When I got to CenturyLink Event Center there was no one there. I am not joking, there was no one at bib check in or waiting in line. I got my bib in five minutes and then headed over to the Brooks merchandise. There wasn’t much so I headed into the expo. Walked around a bit got some free sunglasses from Visit Seattle and got some free body glide from Westin. Besides the Nuun booth there wasn’t much else to see. I felt pummeled by Rock N Roll merchandise. All in all I spent an hour tops at the expo. Saturday 5K:
I opted to run the 5k for the remix challenge. Honestly, it was alright. The corrals were small and cramped and the course was an out and back. I am glad I ran it but might skip it next year.

Sunday – race day!
Let’s just say I did not get any final information from Rock N Roll until Wednesday. They also changed the start time for the race from 7 to 6:30am. I understand their reasons but it made taking a bus to the start not possible, my options were to buy a shuttle ticket, bus to downtown then take the light rail, or bum a ride/take an uber. I decided to take an Uber with a friend from my place to get to the start line. This ended up changing Sunday morning. I woke up Sunday morning to no Ubers in my area even though I scheduled one. So my amazing boyfriend ended up driving me and my friend to the start. Yes, he wins boyfriend of the year. We finally got to the starting area around 5:40 and holy crap it was not the standard Rock N Roll start. There weren’t defined corrals and the gear check was so far we had to walk a good distance to get to it. After gear check we got in the bathroom line then headed to the corrals to find a few of our friends from Fleet Feet Seattle. The actual start took forever. I was in a front corral and even though corrals were starting we did not move for 10 plus minutes. I also realized I was not in an actual corral, even though I was between two fences. Not a great way to start the race.

Once we finally started the course was narrow. I prefer the older courses of this race. I was dodging people much of the time I was running. The first six miles were quite scenic and hilly. I was so happy I trained on most of the course so I knew what I was expecting. At mile 8 is where I got into trouble. I did not realize there was a steep hill and I started to cramp due to the humidity. Oh well… I kept running along Rainier Avenue South toward the finish line. I will say these miles were dull. I was so happy to get to the mile 11 aid station and see my friends from Fleet Feet Seattle. It was a great pick me up for the last hill which was the on ramp that gets to the finish. I was clearly not thinking straight

The finish line was standard, the medal this year was great! I love it! I found my boyfriend and we set off to find my Remix Challenge medal. I had a hard time finding the medal tent and the gear check. They were far apart and part of it was that I was tired. I did get a pair of flip flops from Toyota because we have a corral which was nice! Surprise finish line swag is always nice. I found my friend and we walked to the bus on 3rd Ave. We didn’t have to wait too long which was fantastic considering all of the traffic chaos caused by the race course closures. Once I was home, I ended up spending the rest of the day resting. I think Joey was concerned I spent a long time with my legs up the wall while watching TV.

Overall if you live in the Greater Seattle Area, I would run this race. It may be hilly but it’s a great course to challenge yourself on.