Disclaimer: I received a free entry to Rock ‘N’ Roll San Francisco half marathon as part of being a BibRave Pro. Learn more about becoming a BibRave Pro (ambassador), and check out BibRave.com to review find and write race reviews!

This past weekend I ran the Rock ‘N’ Roll San Francisco half marathon with my fellow BibRave Pro Jeannine. It was a lot of fun and well worth the trip. Even though I got in super late (12:30am), we headed to the expo first thing in the morning. We took MUNI from our hotel to the Embarcadero, got Philz Coffee and walked down to Pier 35.

There was a small line but once the doors opened it took us less than five minutes to get our bibs. Right after bib and t-shirt pickup there was the official merchandise section.  One of the coolest things Rock ‘N’ Roll does is put participant names on the shirt. There was a life-size banner where you could find your name which was fun. The rest of the expo was small but it made it a lot more manageable. Toyota was there and was giving away a portable battery to Toyota owners and you could play games for more prizes. I played against Jeannine in a run in place challenge. There was a how much can you fit into corolla game too. The title sponsor United Airlines was giving away headbands/neck warmers and free Illy espresso. Illy espresso is now served on all United Airlines flights. We stopped by St. Jude, Rock ‘N’ Roll, a few other booths before we headed out for a full day of sight seeing in San Francisco. We walked down to Pier 39 saw the sea loins, Boudin bakery, and then took the cable car back to our hotel near Union Square. It was super fun hanging off the cable car and taking in the city. Jeannine took some awesome photos. We dropped our bibs off at the room and then headed out to the Mission District to go see all of the amazing murals. Found some artisan s’mores, more art, and then some beer at Anchorship Public Taps. Dinner was yummy Japanese food then we went to bed super early since we had a 6:15am start for the race. After an early wake up call we got a Lyft to the start line. It was freezing, I should have brought throwaway clothing with me. We found my friend Kristie and then headed into Pier 39 to stay warm and out of the wind. The race however did not start on time. We waited at least 10-15 minutes before we started, they never specified what was the delay. Once we were off we ran along the water and up a few hills to get to the Presidio. Coming from Seattle the hills were steep but nothing I wasn’t used to. The weather was a bit chilly until we hit mile 4. Once we got onto the bridge the weather cleared and it was BEAUTIFUL! Since we weren’t running for time we stopped and took photos along the bridge and I am so happy we did. Running the downhill turnaround was fun since it was trail with a huge hill. I ended up hiking it to save my energy for the last few hills we had left. I will say, we did not run on the actual car lanes, we ran on the pedestrian/bike path that was quite narrow. There were a few points where I did run into other runners and it wasn’t avoidable. But the views were well worth the narrow course. After the bridge we turned onto the Presidio paths and got up close and personal with the waves which was fun. It was a bit boring running along the path since the Golden Gate Bridge was behind us so there wasn’t much view.  I started to not feel so great around mile 11 even though I ate almost all of my fuel. With Kristie’s help I was able to persevere and getup the hill near Fort Mason at mile 12.5 and then down a hill to the finish.

The finishers chute was short and highly organized. I was able to get my medal, water, electrolytes and Ghirardelli chocolate quickly. Where the finish line was located made it easy for us call and Lyft.

When I got back to the hotel after the race, I was able to jump on Athlinks.com and claim my race results. You can check out how I did it here, and while you’re at it, jump on and make an account too. Don’t forget to add me as a friend so we can go head-to-head in future races! We had more time to sightsee so we grabbed bottomless dim sum brunch at Chubby Noodle to celebrate then explored Chinatown before we headed to the airport.

Overall, this was a great race weekend. If you haven’t been to San Francisco or it’s been a while since your last visit, it is well worth a trip. Rock ‘N’ Roll puts on a great race that’s well worth it! 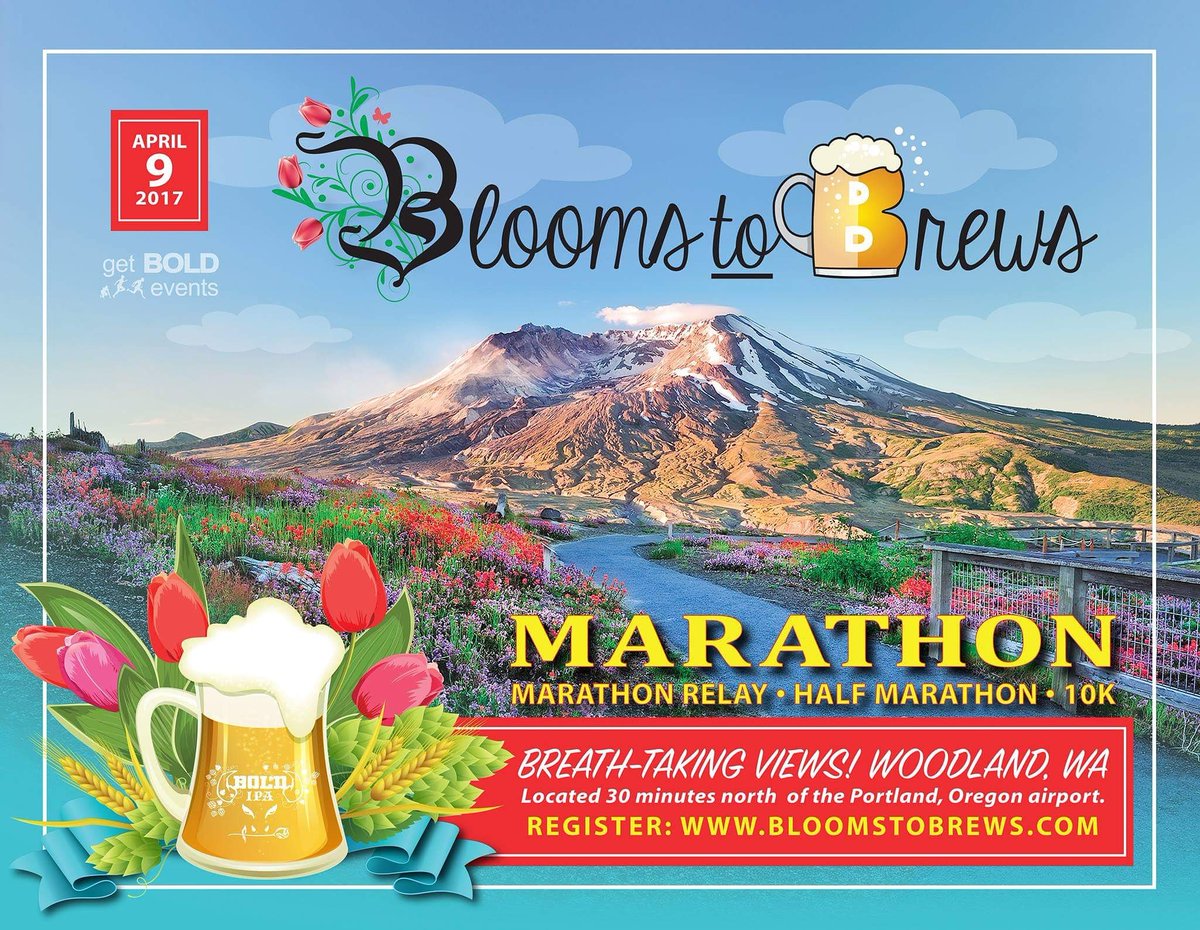 As I put the finishing touches on my NYC Half recap I realize that I have a few races coming up quick in the next few weeks. This weekend is the Booms to Brews 10k in Woodland, Washington and a few weeks later I have another 10k in Seattle, the Tenacious Ten. I love the 10k distance and am super excited for both. Not sure if racing is in the cards for Saturday but I know my legs are finally rested for race day. 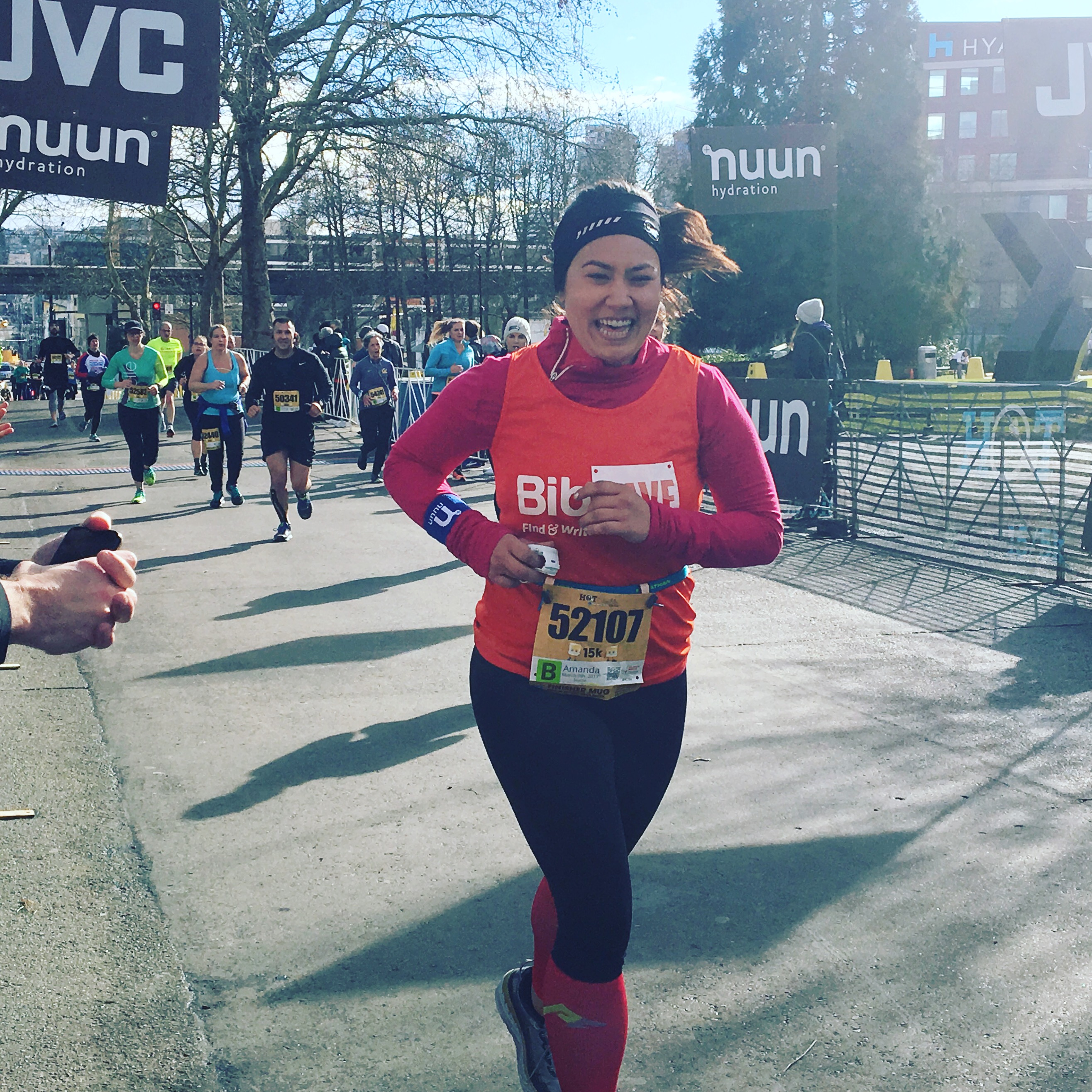 Disclaimer: I received a free entry to Hot Chocolate 15K as part of being a BibRave Pro. Learn more about becoming a BibRave Pro (ambassador), and check out BibRave.com to review find and write race reviews!

After months of training, or not training that is, race day finally arrived and the results were pretty great all things considered.

http://blacksuperherofan.com/2010/08/ Expo
I went to the expo on Saturday and packet pickup was a breeze. The expo, like last year, was a bit small. Lots of Hot Chocolate 15k merchandise, a bunch of local races and my favorite booth Tiger Tail! If you haven’t heard of them check them out. I browsed for a 45 minutes or so looking at all of the booths. On my way out I sampled the chocolate covered marshmallow (which were awesome!) and then headed back home.

The goodie bag this year was great! The hoodie is so soft and true to size. I can’t wait to wear it everywhere. I also picked up some Nuun vitamins at the expo and a sweet Nuun Seattle water bottle. Getting to the race was pretty was easier than I thought. My boyfriend found a close parking spot and then we walked to the Seattle Center Armory. I found my lovely Oiselle teammates, Shannon, Cassidy, Jen, and Tiffany then stretched out. Right before the start time we walked over and squeezed our way into corral B. We had a difficult time getting into the corrals this year, there were very few entrances and we had to jump over a rope or two to get in. There were also way too many sets of pacers. It was very confusing and we thought we were in the wrong corral because of them.

Right at 7:55am the first corral started and then two-ish minutes later we started. The course is one skinny long loop that goes to Pike Place Market and then up onto Highway 99. The first half a mile is downhill which makes it hard to pace. We ran a 9:37 for the first mile and then a 10:10 for the second. The first four miles felt pretty good it was hard to maintain consistency because of the hills in course. But this was just the beginning. Finishing strong in the finish chute

The last portion of the race is rough. Mile 5 takes you up to the Aurora Bridge then mile 6 goes up to 46th Street and the miles are pretty much rolling hills. Mile 6 is a monstrous hill. It’s over a half a mile long.  This is the hardest part of the course. I was so thankful that at the 46th Street Bus Stop a whole bunch of Oiselle Birds were there cowbelling. It was so amazing. One of them had Nuun which was a lifesaver too.

As we made our way down the hill to the last three miles of the course things were rough. I knew we didn’t have a lot of time to run the last 3.4 miles but I and my teammate could PR. We chugged a long and finally hit the last mile. This was go time. I knew there was a hill going up Mercer to Mercer and onto 5th Avenue. I ended up walking part of it but knew that I would PR if I ran the last stretch.

The best part was seeing Cassidy’s husband and then my boyfriend at the finish line knowing that it was all over and in fact I did PR by all of 30 seconds! Yes, that’s right 30 seconds. I will take as a good omen for my half in two weeks. What was great is I finally met fellow BibRave Pro Ambassador Jeannie. Check out her blog, she’s wonderful!

Overall, I did enjoy this race not sure I would run it again but it is great to finish a large mug of chocolate, free race photos, and a sweet medal.