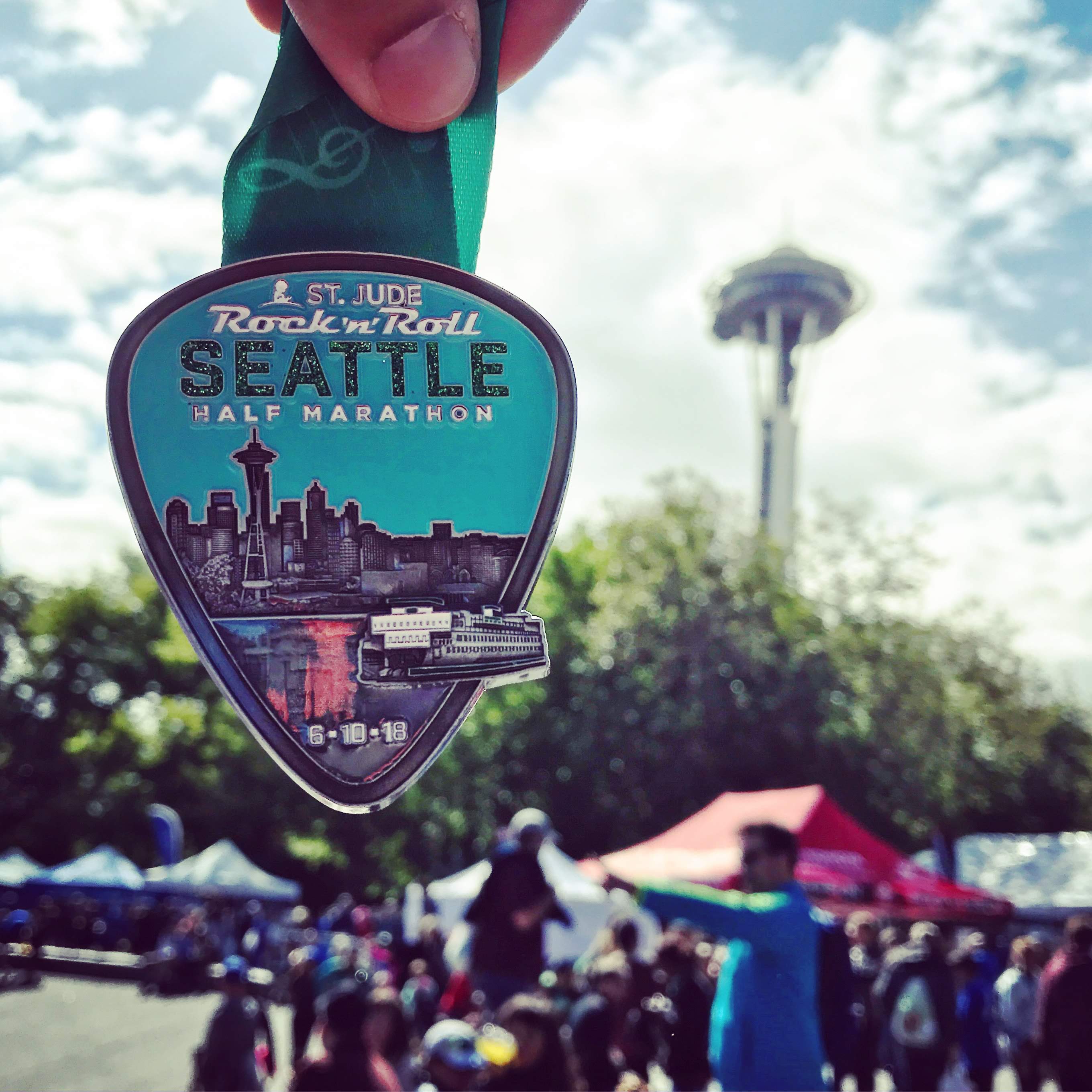 buy Lyrica 75 mg online go to this website Disclaimer: I received a free entry to Rock N Roll Seattle Half Marathon as part of being a BibRave Pro. Learn more about becoming a BibRave Pro (ambassador), and check out BibRave.com to review find and write race reviews!

http://pamfirenze.it/907-dtit74952-amadonna-agenzia-matrimoniale.html This was not my best race. After getting sick, finishing a new job and then starting a new one, training was not a top priority for me. Instead of running the full, I had to run the half because I was not feeling well going into race day.


Expo:
I left work a bit early and arrived at the expo around 5:30pm. When I got to CenturyLink Event Center there was no one there. I am not joking, there was no one at bib check in or waiting in line. I got my bib in five minutes and then headed over to the Brooks merchandise. Most of it was the same as San Francisco so I headed into the Expo. Said hi to my local Fleet Feet who were manning the On Running and Trigger Point Performance booths, then searched for more free swag. I got a sweet Toyota waterproof bag, some sunglasses from Visit Seattle and free hummus. I spent a little less than an hour at the expo.


Race Day
The race course was different from previous years which meant a very early wake up call for me. My boyfriend drove me to the start line but we had many issues. First, Rock N Roll did not give clear road closure times, so driving from Ballard and taking a left toward Seattle Center was impossible. We were told multiple times we couldn’t drive over Queen Anne because of closures even though they were posted as 6am or the map was not updated. So, after finally making it to the Uptown neighborhood and finding a free spot (score!)  we made it to the start line.

The wave start was really nice and it made it much easier to start than in years past! The new course started at Seattle Center we ran around Queen Anne along Lake Union, into Capitol Hill and on to Mercer to finish back at Seattle Center.

As the miles went on the course got hillier and hillier. Around mile 8 I realized we were in for a lot of hills as we made our way into Capitol Hill. I was in a lot of pain an ended up run/walking the rest of the miles. The super steep “King of the Hill” section was not necessary at all. Not only was it painful but I almost tripped over people who would stop mid hike up it. After that Interlaken felt extremely difficult.

When we turned onto Mercer I was super happy until I was told to run next to an oncoming traffic lane. I was really tired and was concerned that I would clip a car as we veered off onto 6th Avenue. Let’s just say I was very happy to see the finish line!

The finish chute was standard, the medal this year was great! I found my boyfriend quickly and we headed out to get brunch.

My recommendation to Rock N Roll is to use last year’s course or  to take out all of the hills. I know Seattle is hilly but it doesn’t need to be hills on hills on hills. I would also love to have more entertainment . There wasn’t a lot out there this year.

If you want to run this race, wait until they release the course. I would not run this course again. But if you live in the Greater Seattle Area, I do recommend running this race since it’s almost always perfect running weather.